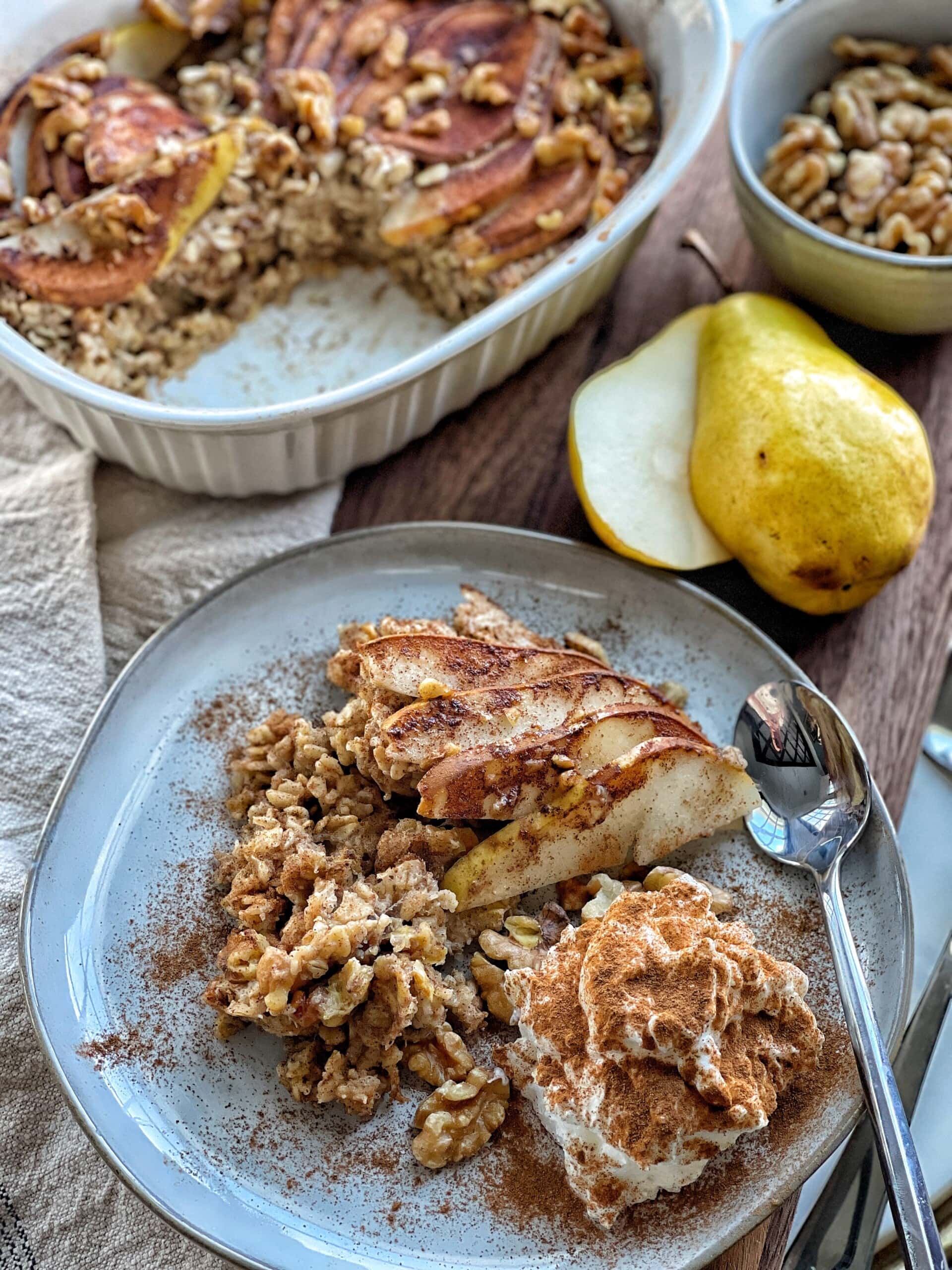 What is baked oatmeal? What does this one taste like?

Baked oatmeal offers the comfort of a warm bowl of oatmeal, but with the ease and convenience of baking a cake to make multiple servings.  I first started making baked oatmeal for this exact reason: I love warm oatmeal, but I didn’t want to make it every morning (let’s face it, stirring oatmeal on the stove is not the most fun or practical for a daily breakfast).  Sure, you can get those packages of instant oatmeal with flavors, but if you’re anything like me, those don’t really keep me satisfied.

Baked oatmeal makes the perfect breakfast, or sweet snack or dessert to have on hand during the week.  It is an easy meal prep that holds up well in the fridge (covered in an air-tight container, or stored in individual containers or bags in the fridge or freezer).  They are great to build your freezer stockpile too; it is just as easy to make one baked oatmeal as it is to double the recipe and make two to have on hand at all times!

This baked oatmeal recipe is a great solution for anyone who has a sweet tooth but is trying to eat healthier or lower calorie; it is sweetened with natural flavors like fruit (mashed bananas, applesauce and pears) and maple syrup.

What makes this one different?

This baked oatmeal is bulked up with other healthy ingredients to make this dish super satisfying, as well as delicious. It even has a built-in side dish and flavor enhancer as it’s topping: fresh sliced pears and chopped walnuts.

This baked oatmeal has the wonderful flavors of cinnamon and maple, paired with crisp pears and crunchy walnuts.  I love the flavor combinations in this baked oatmeal.  It is just the best! 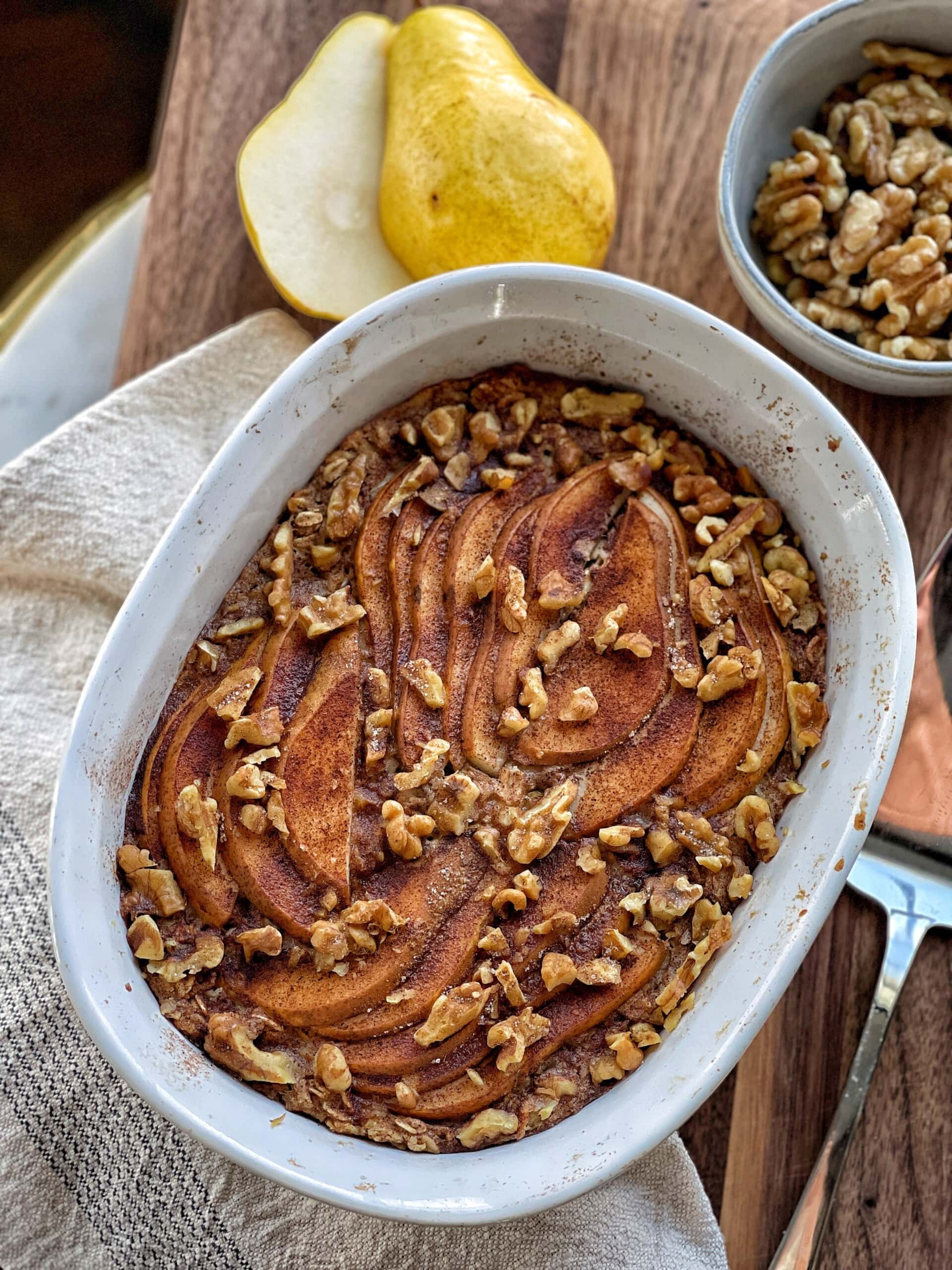 What you’ll need to make pear and walnut baked oatmeal 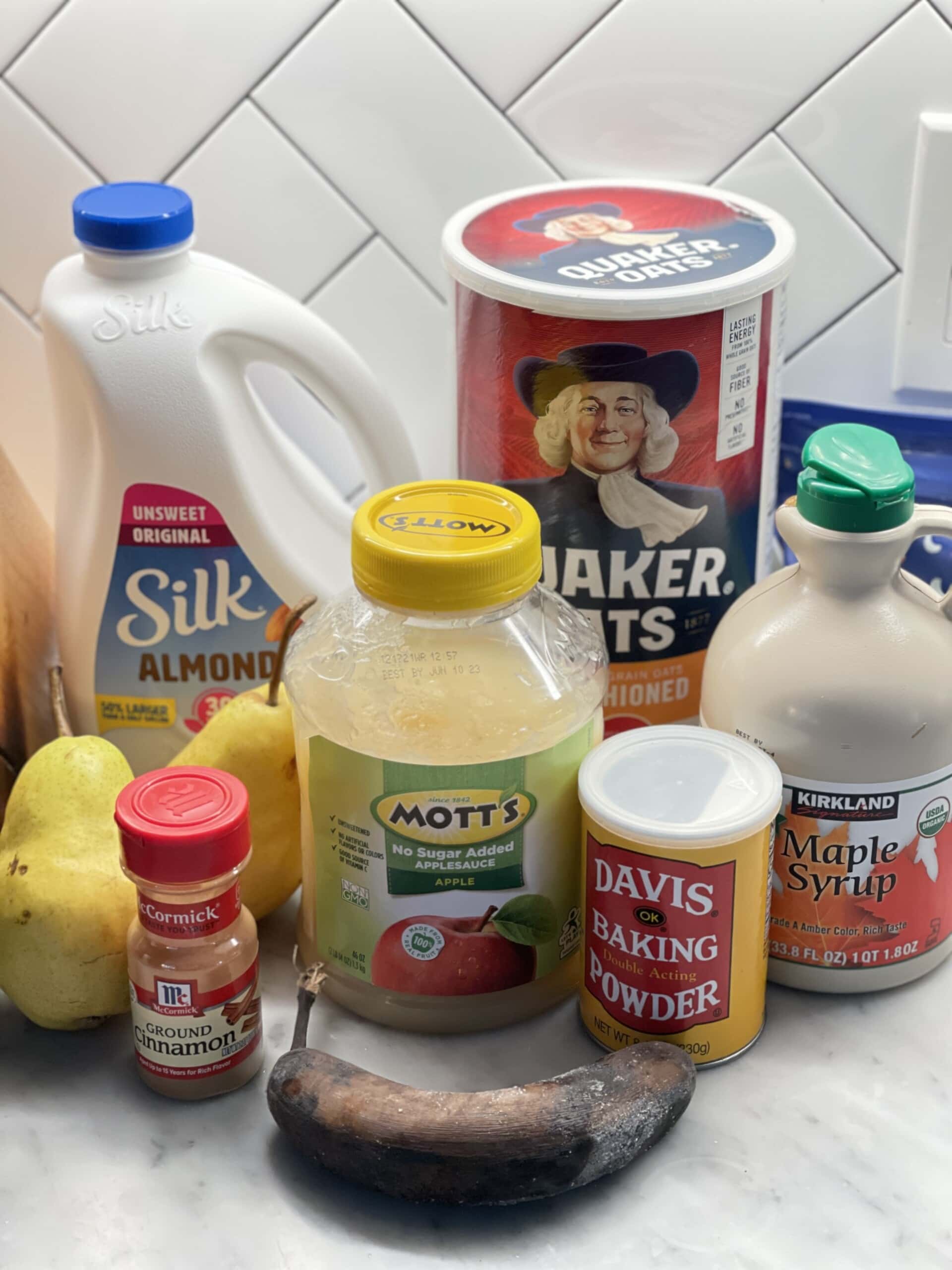 How to make pear and walnut baked oatmeal

Preheat the oven to 375F.  Grab a baking dish or casserole dish (I use this one) and spray it with non-stick cooking spray.  In a mixing bowl, mash the bananas and add the applesauce.  Next, add in the baking powder, salt, maple syrup, cinnamon, and extract. Once those ingredients are combined, add the milk and fold in the oats.

Bake at 375F for 35 minutes.  Allow the baked oatmeal to cool before slicing and serving. 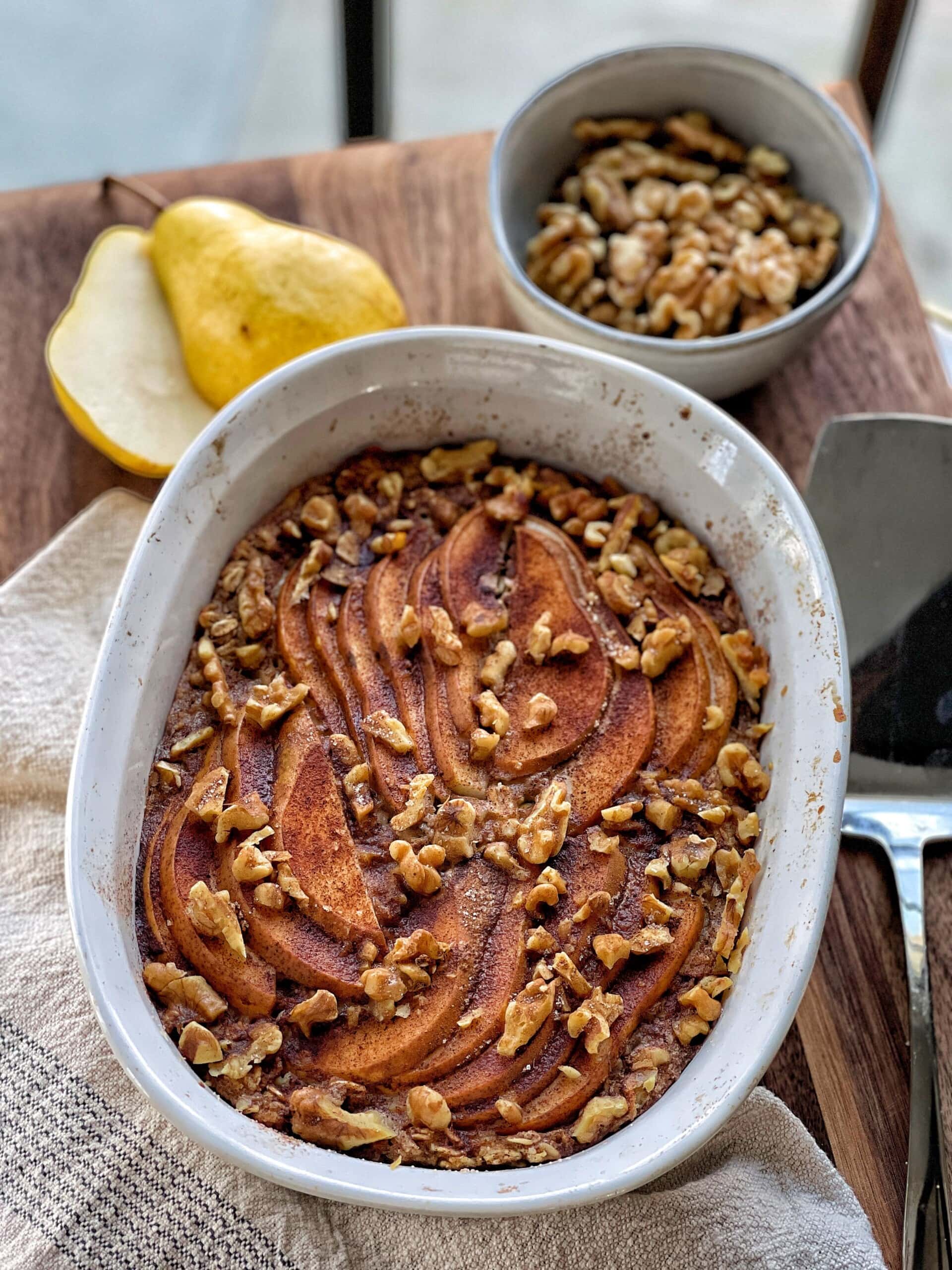 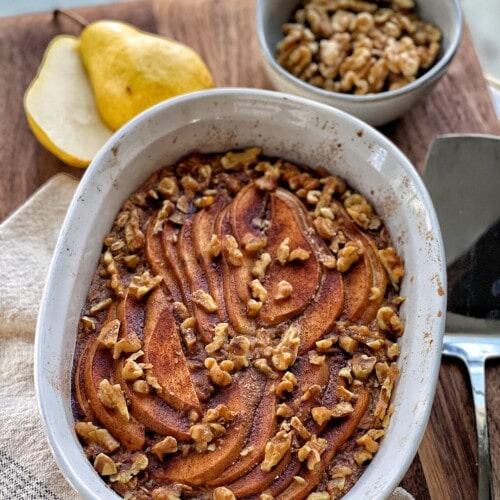 When it comes to baked oatmeal varieties, the flavor combinations are endless.  This pear and walnut baked oatmeal is subtly sweet from the addition of fresh sliced pears, with undertones of cinnamon and maple.  Topped with chopped walnuts and more cinnamon sugar, this baked oatmeal is a delicious sweet breakfast, or good enough to have for a sweet snack or dessert. Serve pear and walnut baked oatmeal alone, or alongside yogurt or whipped cream and fruit for the ultimate dish.
5 from 10 votes
print pin rate
course: breakfast
cuisine: American
keyword: banana,Oatmeal
prep time: 10 minutes
cook time: 35 minutes
servings: 4
calories: 289kcal
author: Steph

WW Points: I do not recommend using sugar free syrup in this, however, if you do, the points would change to the following: And the calories would decrease by 20 calories per serving. Click here to track this recipe in the WW app. 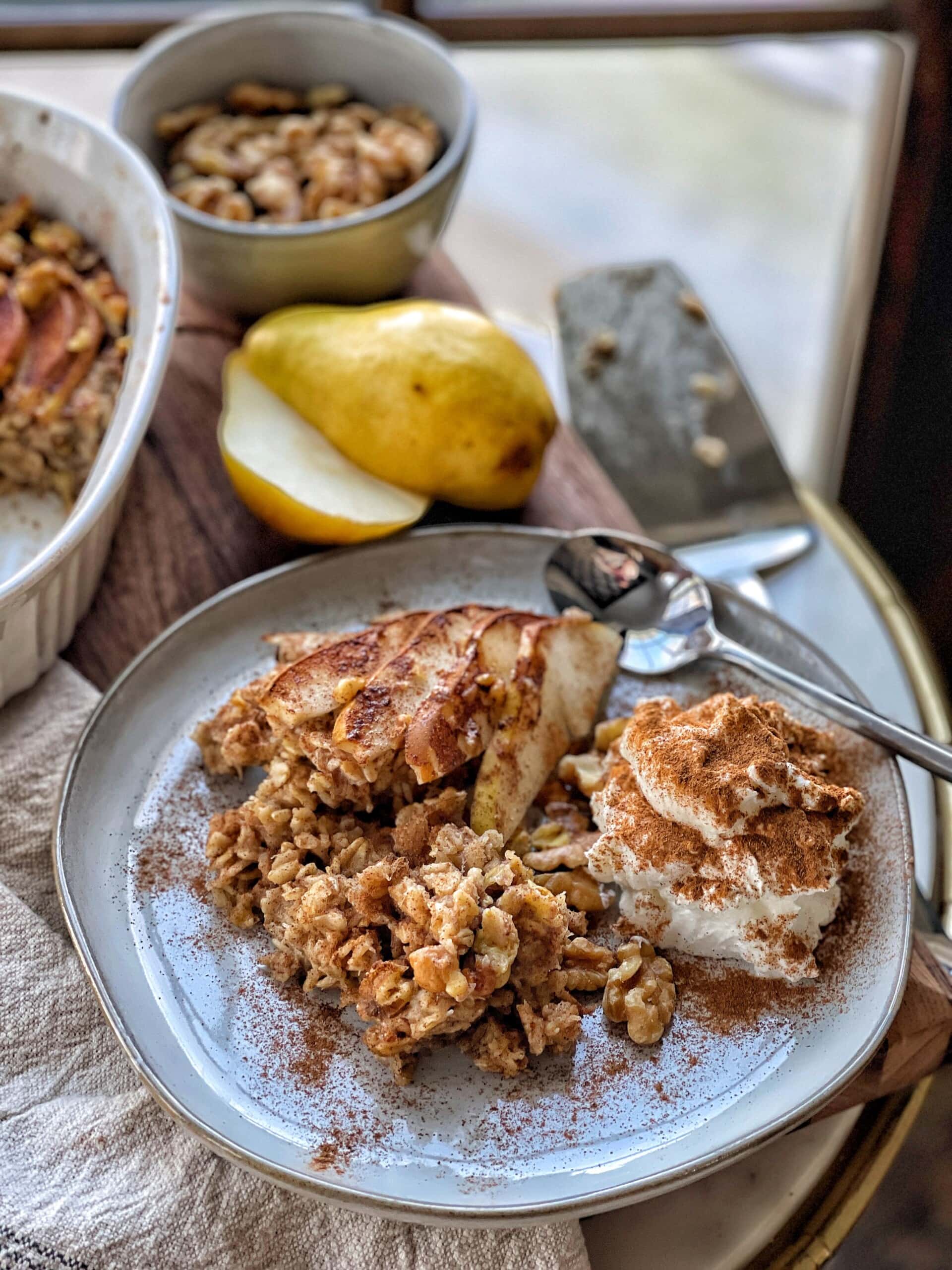 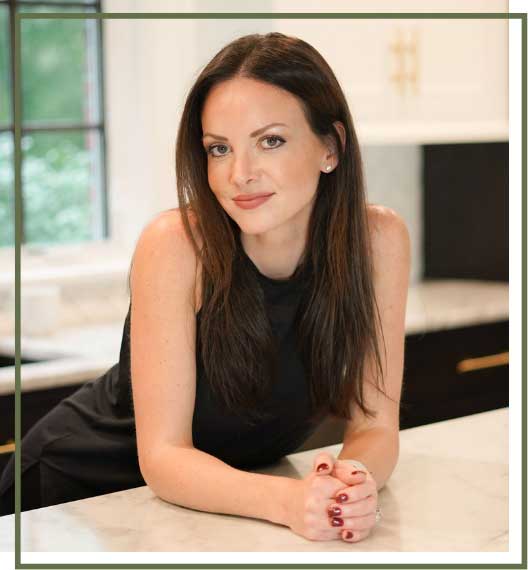