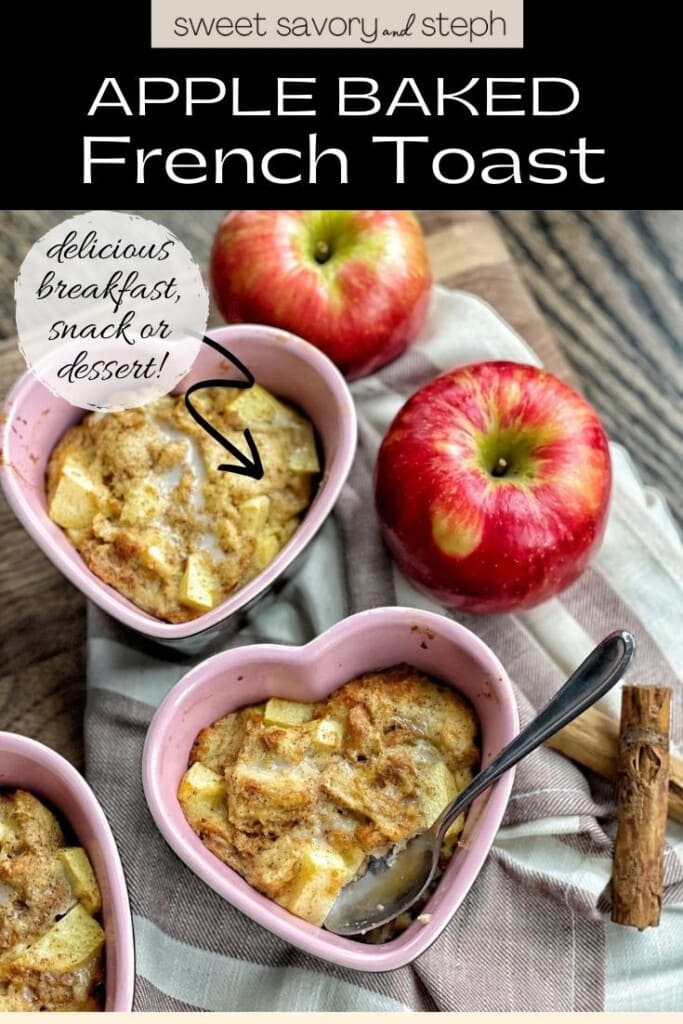 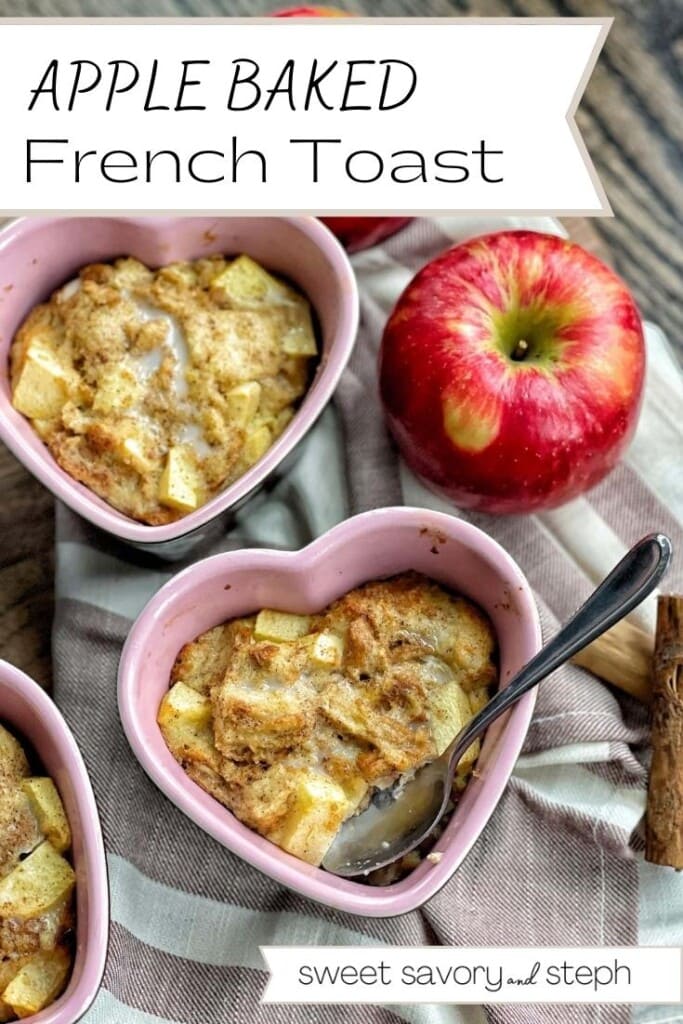 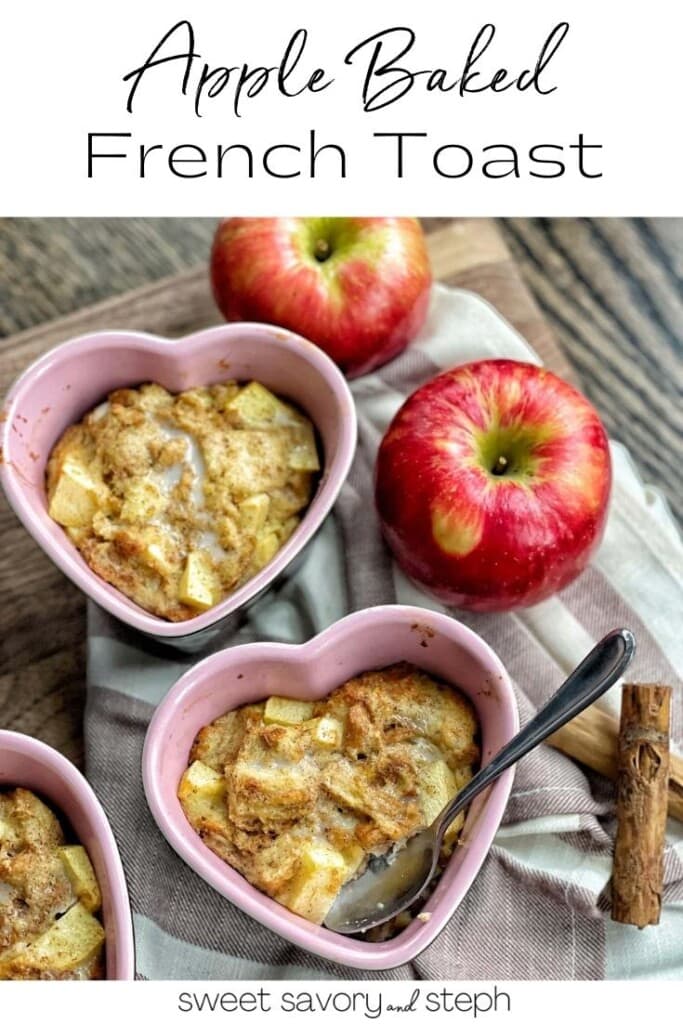 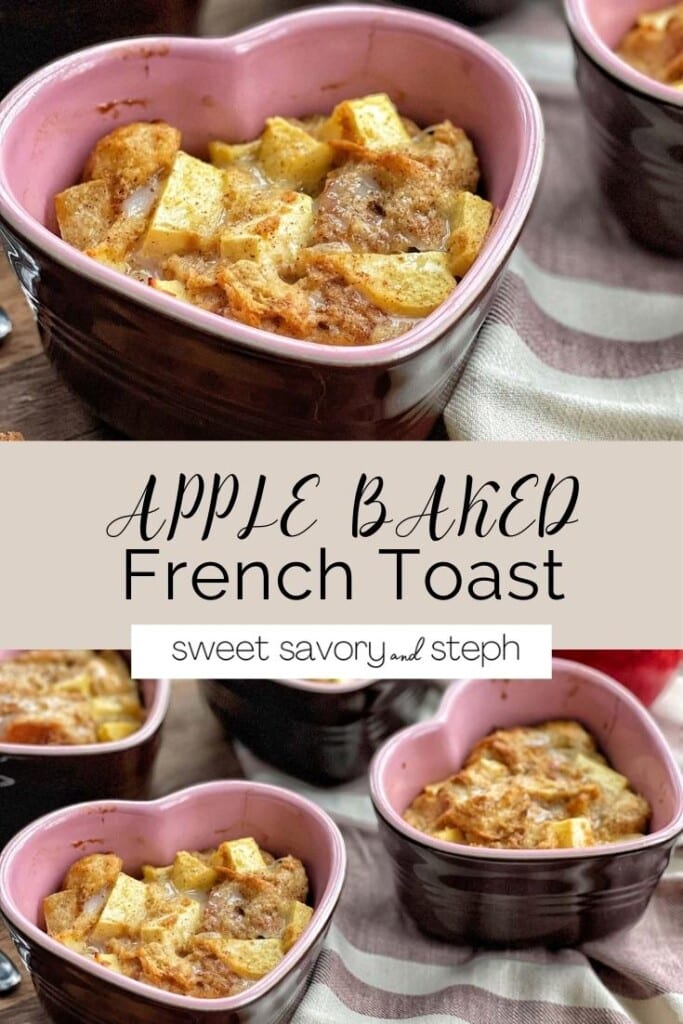 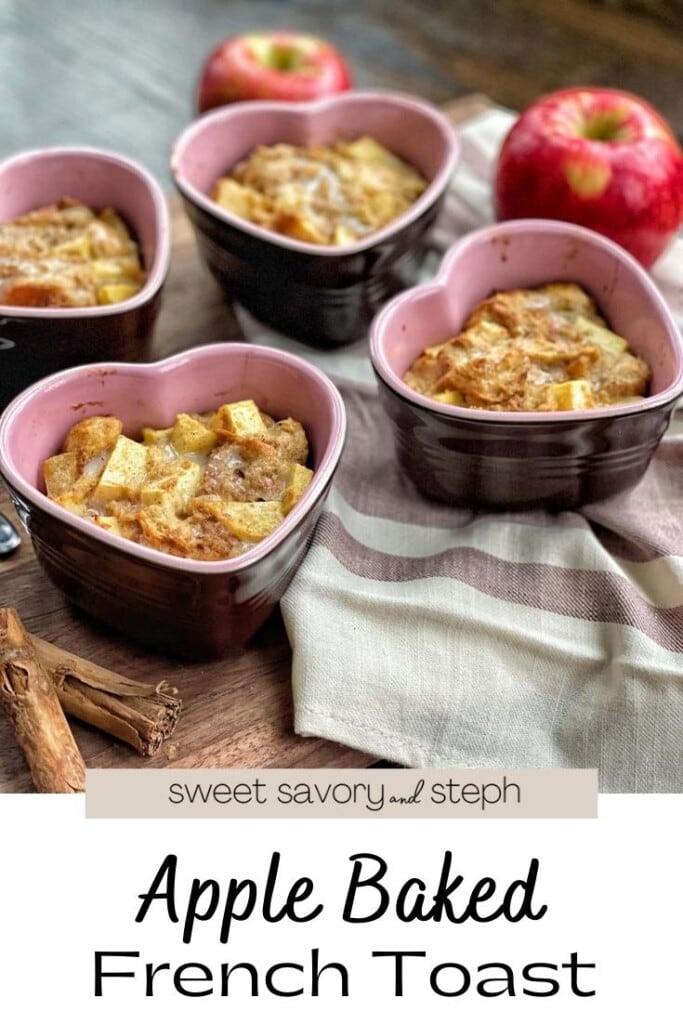 This Apple Baked French Toast is super easy to prepare, and makes for a delicious sweet breakfast, snack or dessert.  Low calorie bread is cubed and tossed in a mixture of egg, almond milk, vanilla extract, cinnamon and sugar.  Combined with some peeled, diced fresh apple and baked until golden, this recipe is an easy way to satisfy your sweet craving without breaking the calorie bank. 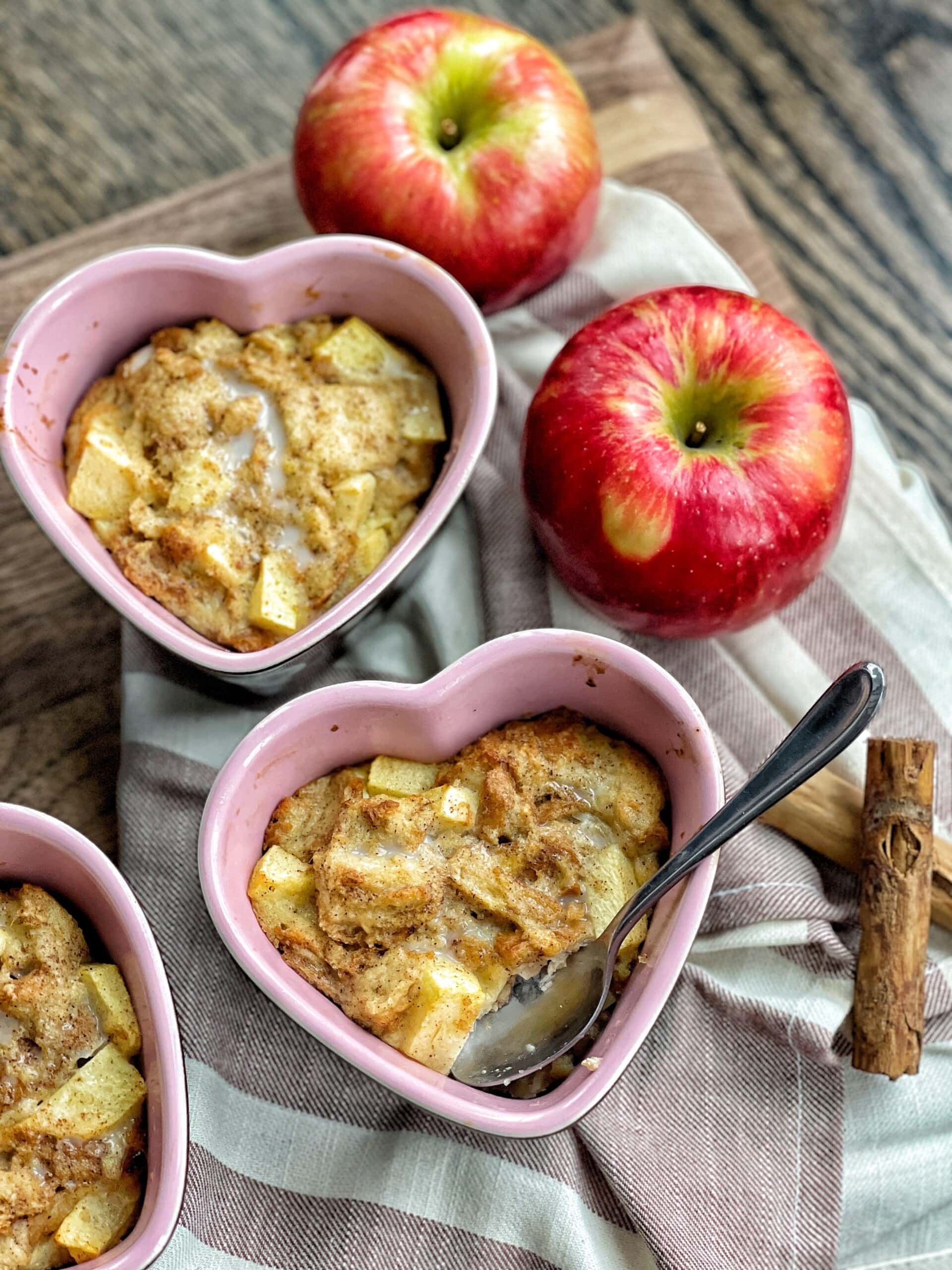 All about this Apple Baked French Toast

On Sunday, I made Emilio and the kids French toast from scratch.  I had some leftover brioche that needed to be used, and it was the perfect solution.  When I make French toast for them, there’s no measuring involved.  A heavy pour of whole milk, a bunch of eggs, a bunch of spoonfuls of sugar.  It comes out delicious, of course, but I can’t begin to imagine how many calories each serving would be.

I decided to use up some old low-calorie bread I had laying around and experiment with my own version of French toast.  Except, instead of making it on the stove top, I decided to make a baked version (just like I do with everything else!).  Because no matter how good French toast is, it’s annoying to make, just like pancakes.  I’d rather just dump everything in a bowl and bake it off (which is how the Easy Pancake Bake was born).

When I created this recipe, I added some diced apples to kind of bulk up the mixture, and I think it works really well here.  The end result is a mildly sweet dish, kind of a mixture between French toast and bread pudding. It’s perfect to pair with some protein or yogurt for a fun breakfast, or to eat as a sweet snack or dessert.

My first go-around with this recipe, I used a square baking dish and cut it into four servings.  The second time, I used individual ramekins for easy-to-grab portions.  Since I tested both ways, I have included both methods in the instructions here.

I actually prefer the ramekins because they’re kind of cute and quirky, but both methods work well! 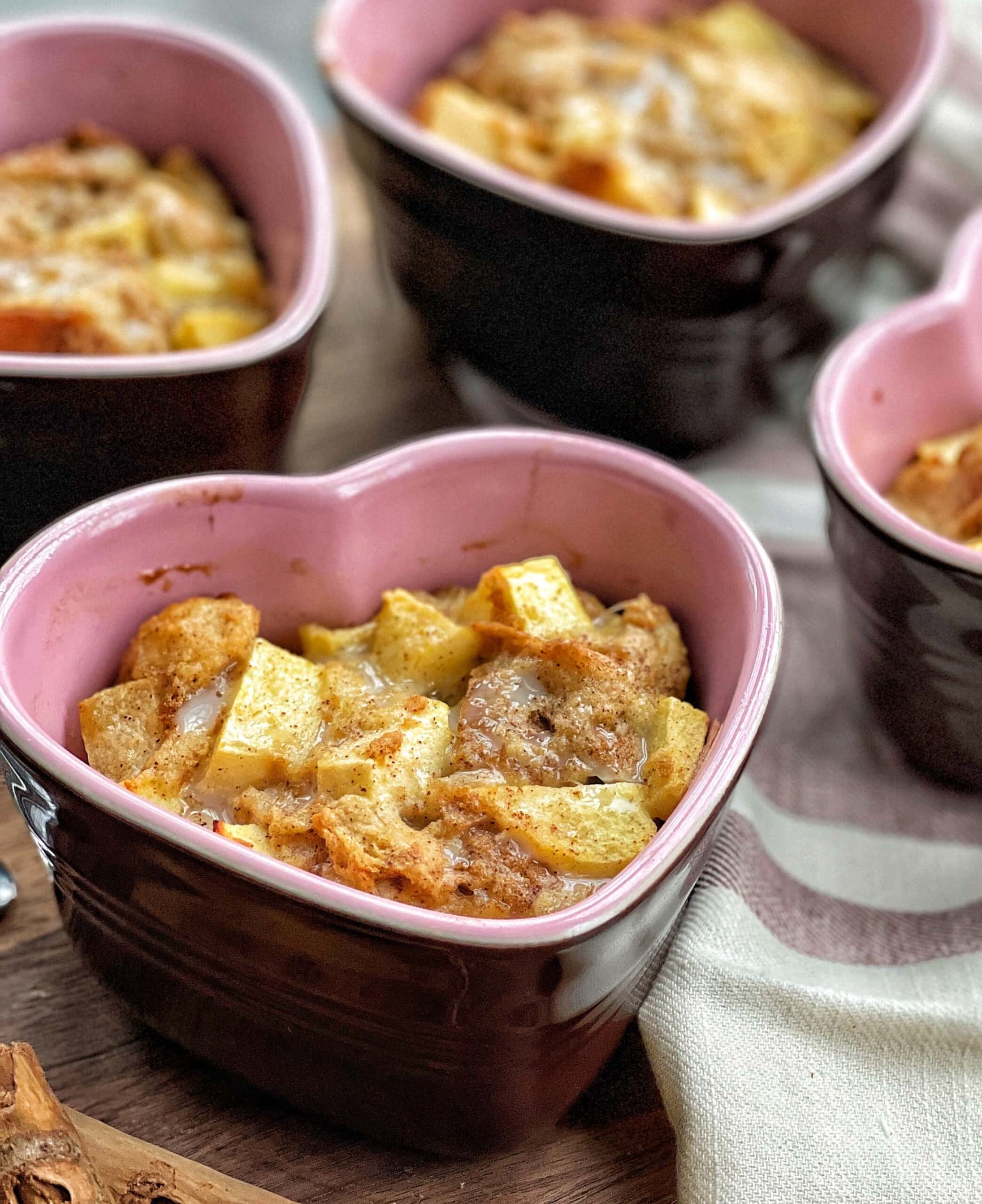 Here are a few key ingredients you’ll need, and you probably have them all at home already.

Next, spray the ramekins or baking dish you are using.  I use PAM for this. 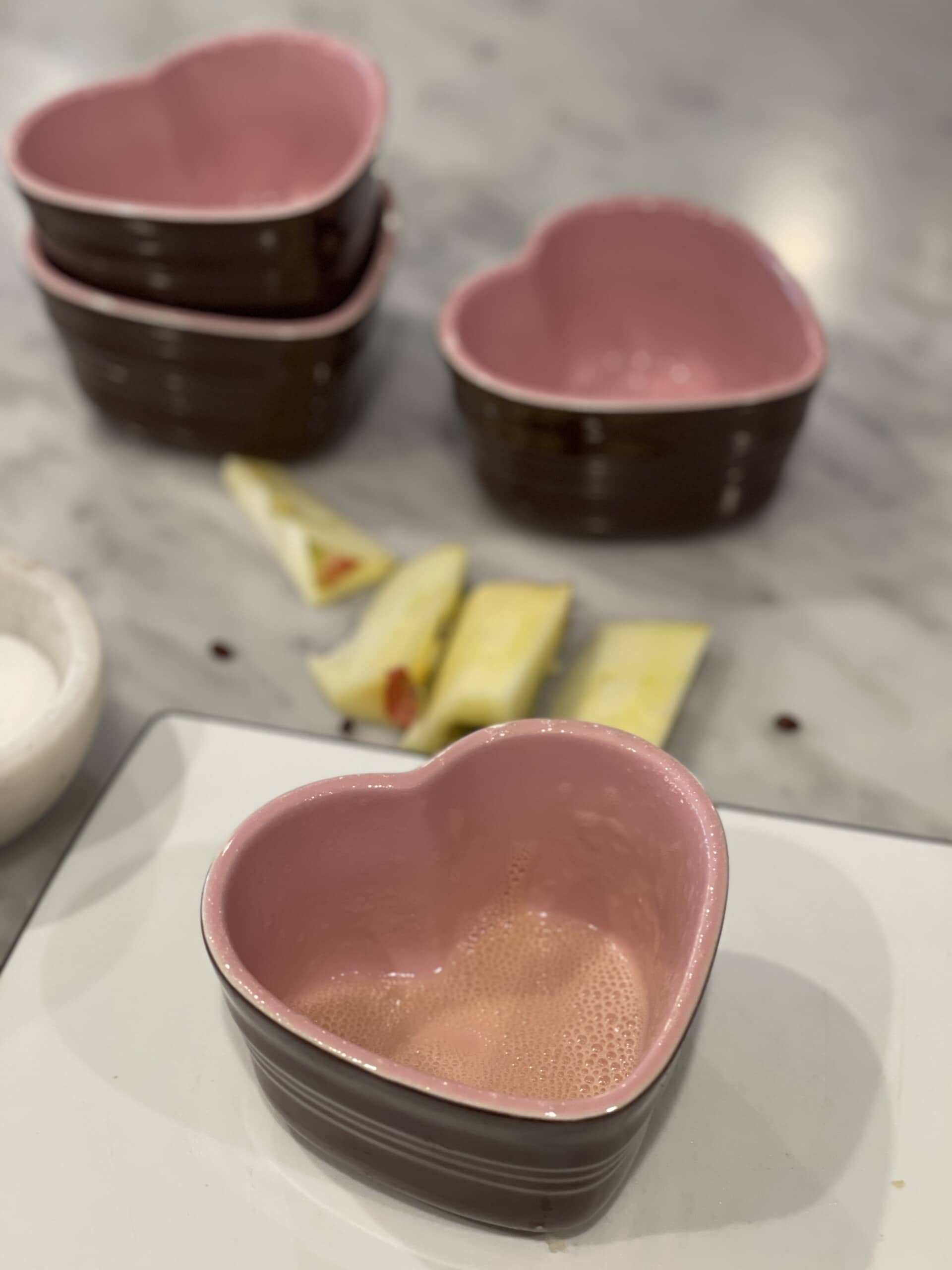 Cube your bread, and peel, core and dice the apple.

Next, crack your eggs into a mixing bowl, and add the milk, vanilla, cinnamon, and sugar.

Add the cubed bread to the mixing bowl, and toss so that the bread is saturated by the mixture. Then fold in the diced apple.

Pour the mixture into your ramekins or baking dish, and pop it in the oven. 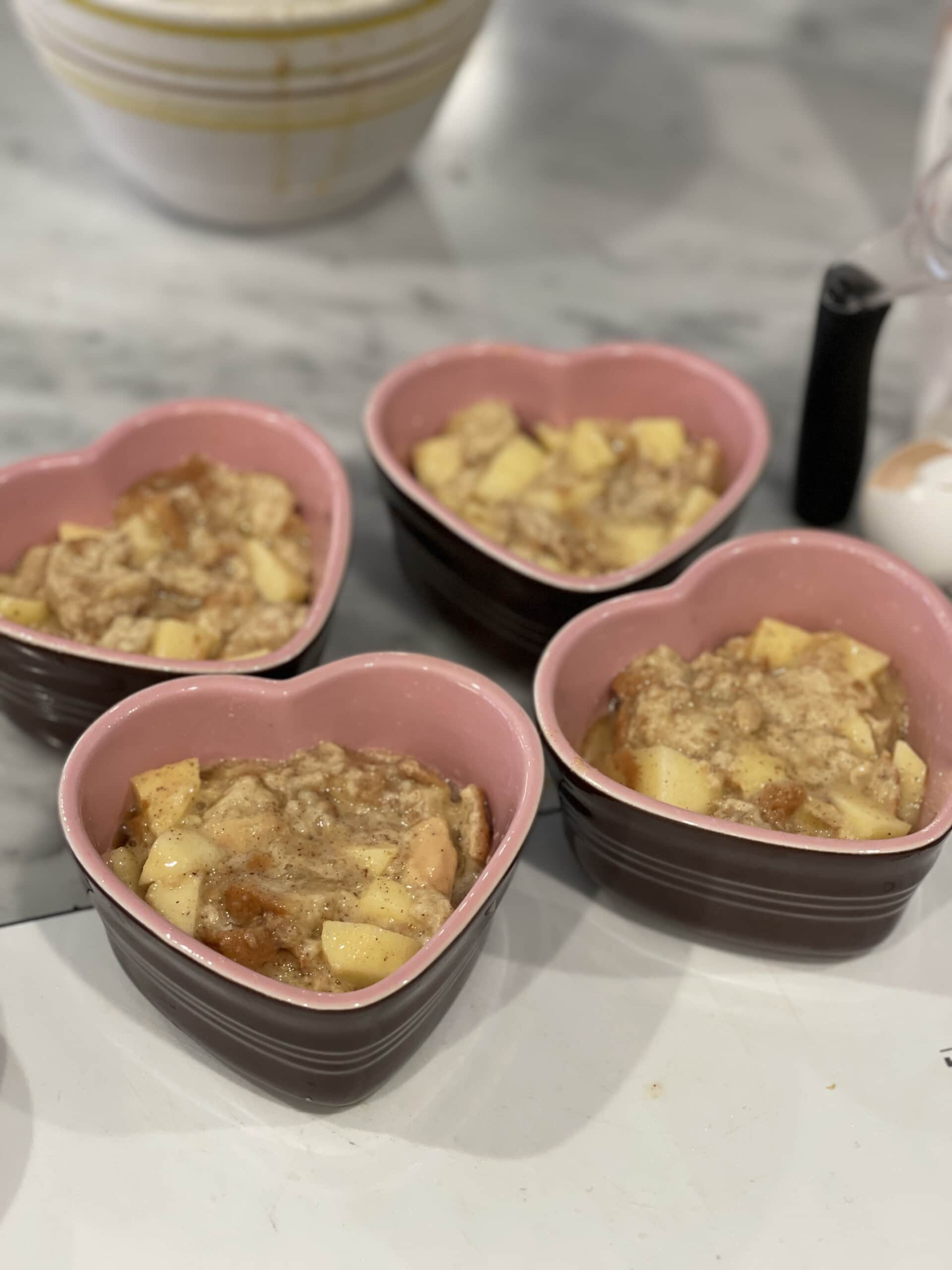 Once you remove the ramekins (or baking dish) from the oven, prepare the topping. Mix the powdered sugar with the extra one tablespoon of milk. 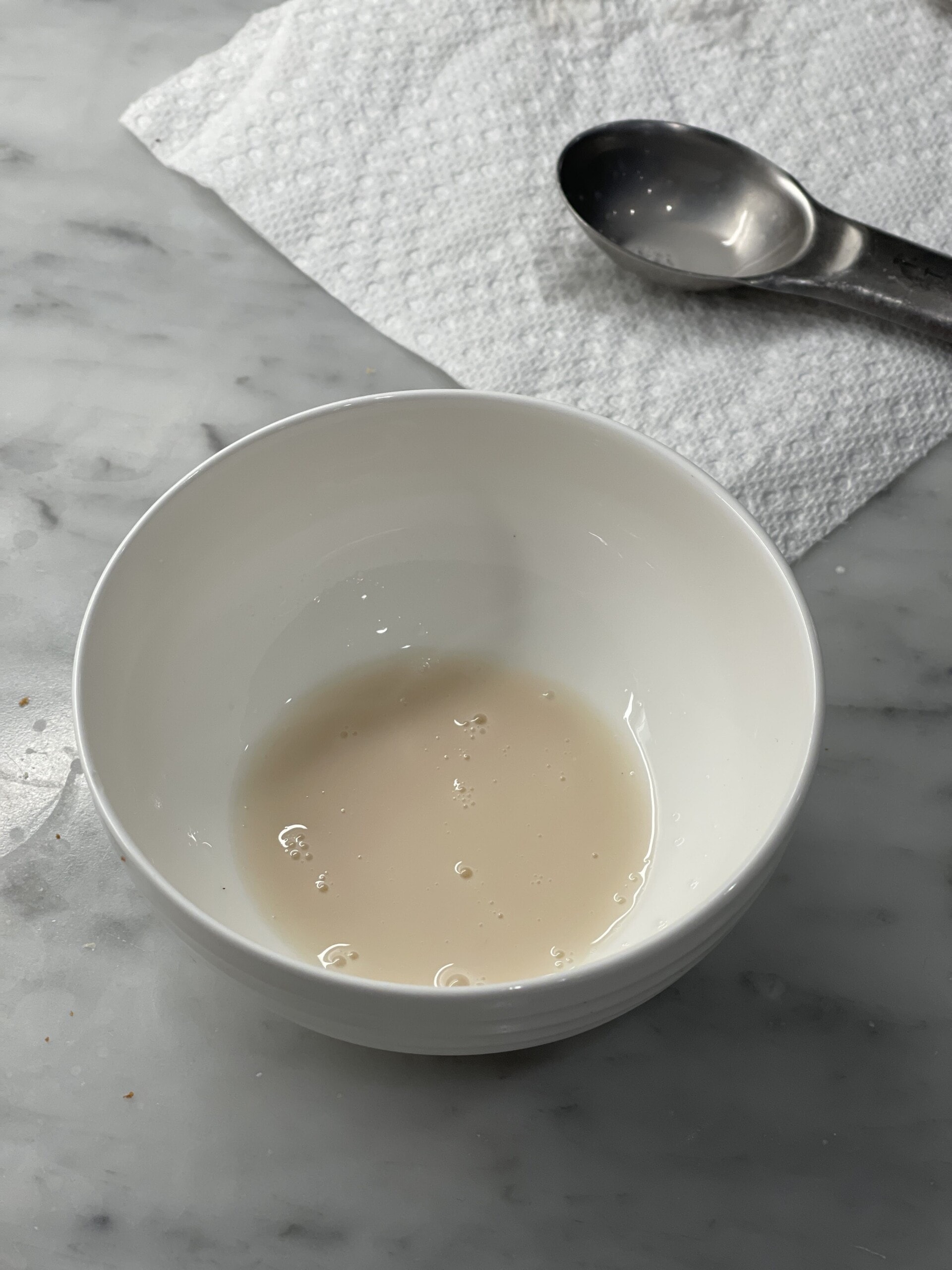 Drizzle 1/2 teaspoon to 1 teaspoon of the liquid on top of each serving.  This isn’t quite a glaze, but more of a mildly sweet milk that will then seep into the baked French toast for more flavor.  You can also dust them with more powdered sugar if you wish! 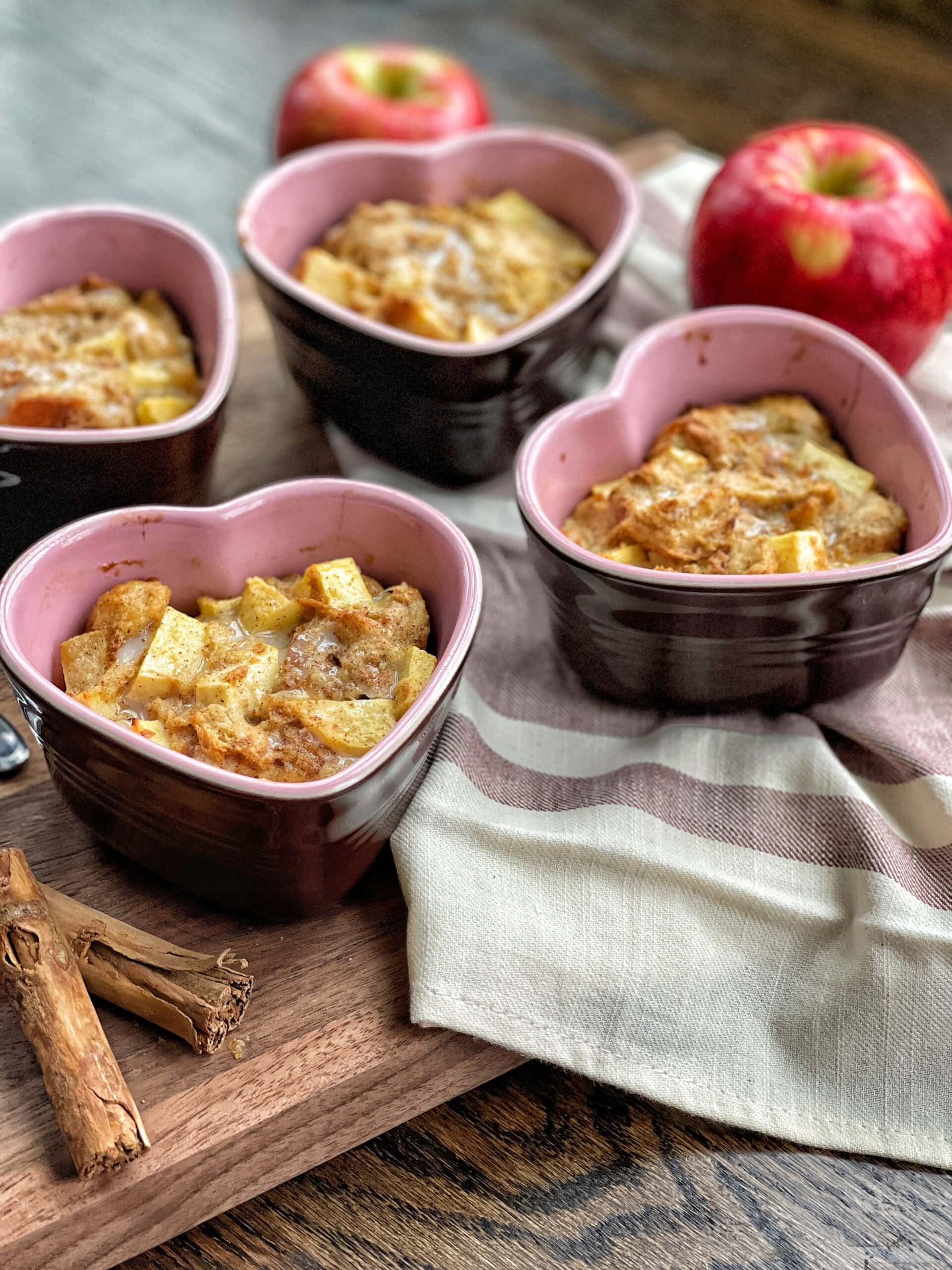 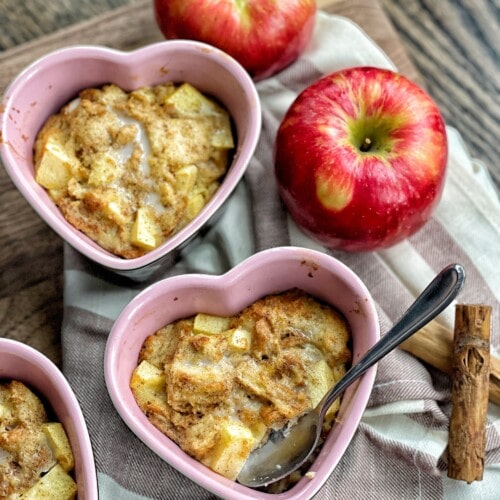 WW Points: Serving suggestion: for breakfast, add maple syrup on top.  For a snack or dessert, add some whipped cream or powdered sugar on top.